We followed the route that Erik Bertrand used last week – we took the southeast ridge up to a point where we merged with the more traditional route just below the tallus. This ridge seemed a bit more open and while the climb was steady, it never seemed steep. There was one section that was super soft (a line of new spruce) but the rest was pretty stable.

After lunching at the tallus field we exited to the upper right and came around to the summit from the east. The more traditional route exits the field to the north and you immediately get hit with a steep section. While there was a steep section along the route we took it also seemed more open and easier to navigate.

Equipment:
Barebooted the road and part of the trail, snowshoes the rest of the way.

Trail Maintenance:
There were a couple of duck-unders along Carrigain Notch Trail.

Parking & Road Access:
The winter lot at the end of Sawyer River Road is plowed and based on yesterday can hold about 20 cars.

Comments:
Based on the summit register we were the second group to visit this winter – Erik’s group last weekend was the first. 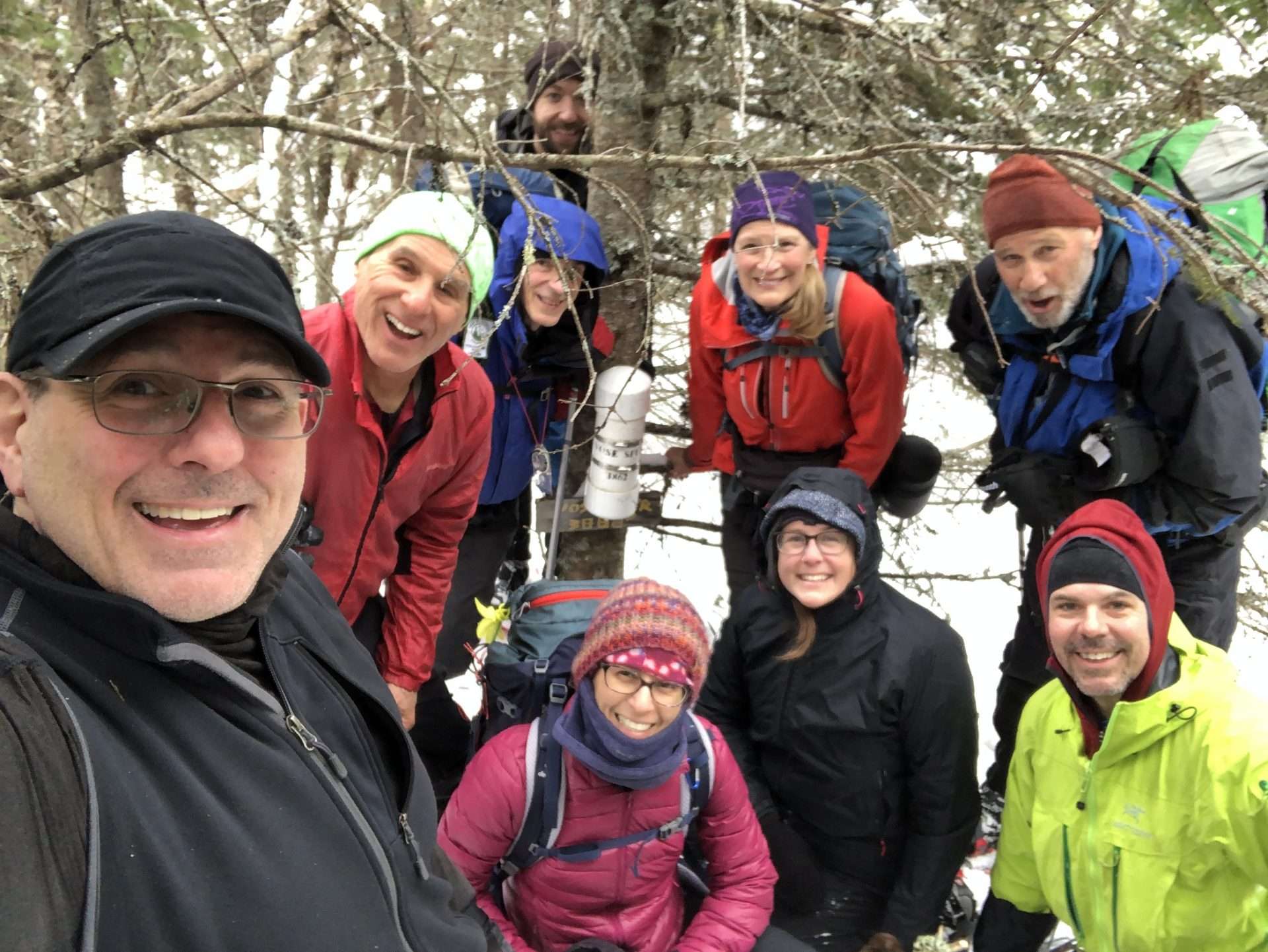 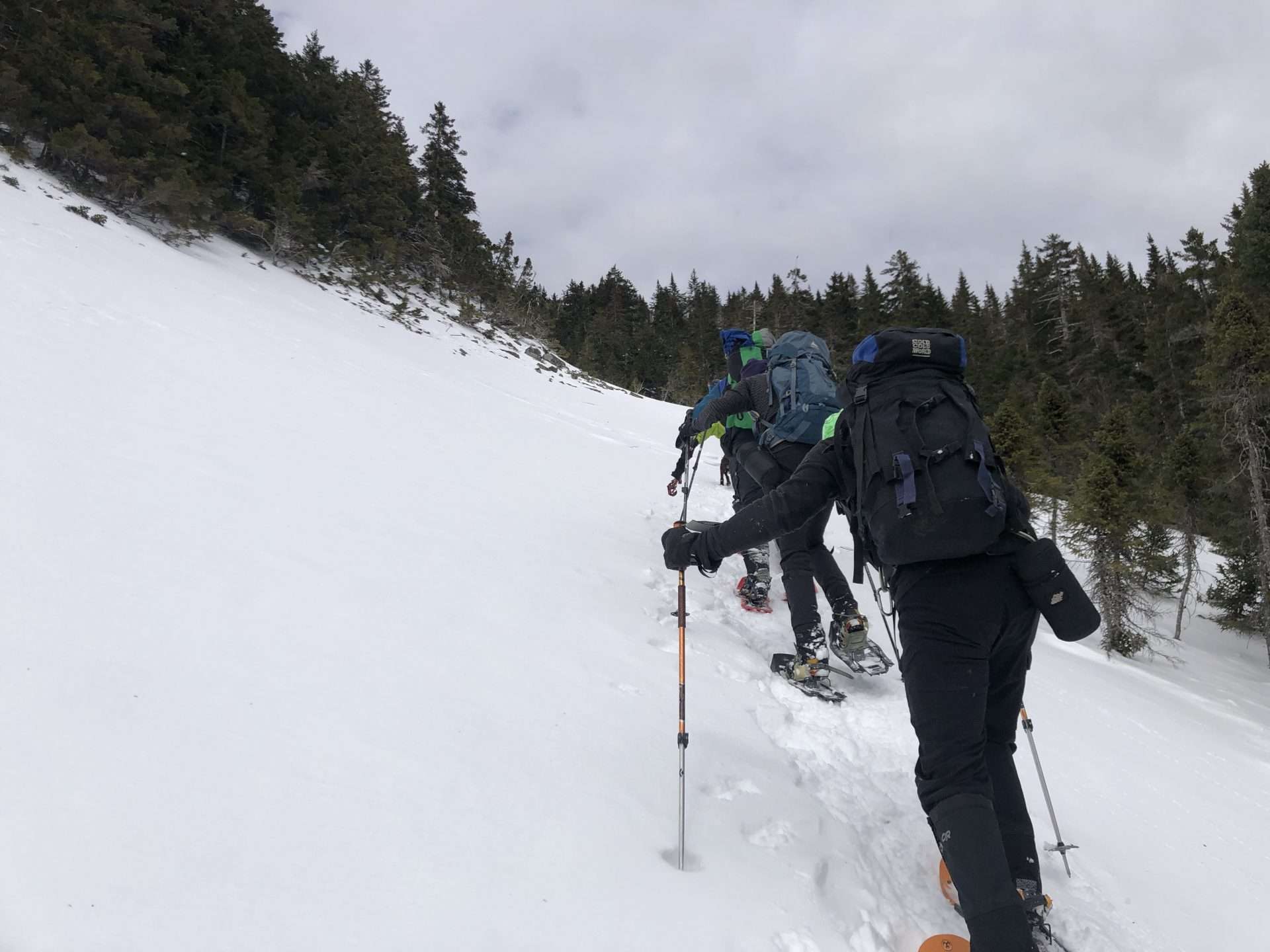