Equipment:
Bare-booted Haystack Road to the turnoff to start the bushwhack. Wore snowshoes up and back and for most of the road walk back to the car. Snow was clumping underneath so took them off and barebooted the final 1/2 mile or so.

Parking & Road Access:
Haystack Road is closed in winter. The end of the road is plowed and there’s room for 3-6 cars.

Comments:
Did this one with Lynn, Paul-William, John, and Mark.

Timing is everything. I knew that friends did this one on Friday and then more friends did it yesterday so the track would be a good solid one. With the start of daylight saving time and the loss of an hour of sleep the thought was to have a “later” start, but with the threat of a storm coming in it couldn’t be too late. We settled on a 9:00 AM start time.

The wind was blowing and soon after we left the cars the snow started falling – sideways. Down low we were still able to easily follow the tracks from the previous two days, but as we got higher they became harder to see. There was just enough visible to lead us to the top without having to spend much time trying to figure out our next move.

After spending about 15 minutes at the summit we turned around to see that our own tracks had been filled in with wind-blown snow. In fact, we lost our own track a few times – you could tell because all of the sudden you would sink in the soft snow. If we had waited until 10:00 to start we wouldn’t have been able to see yesterday’s tracks.

Picture # 1 – The Peak Above the Nubble from the Nubble. 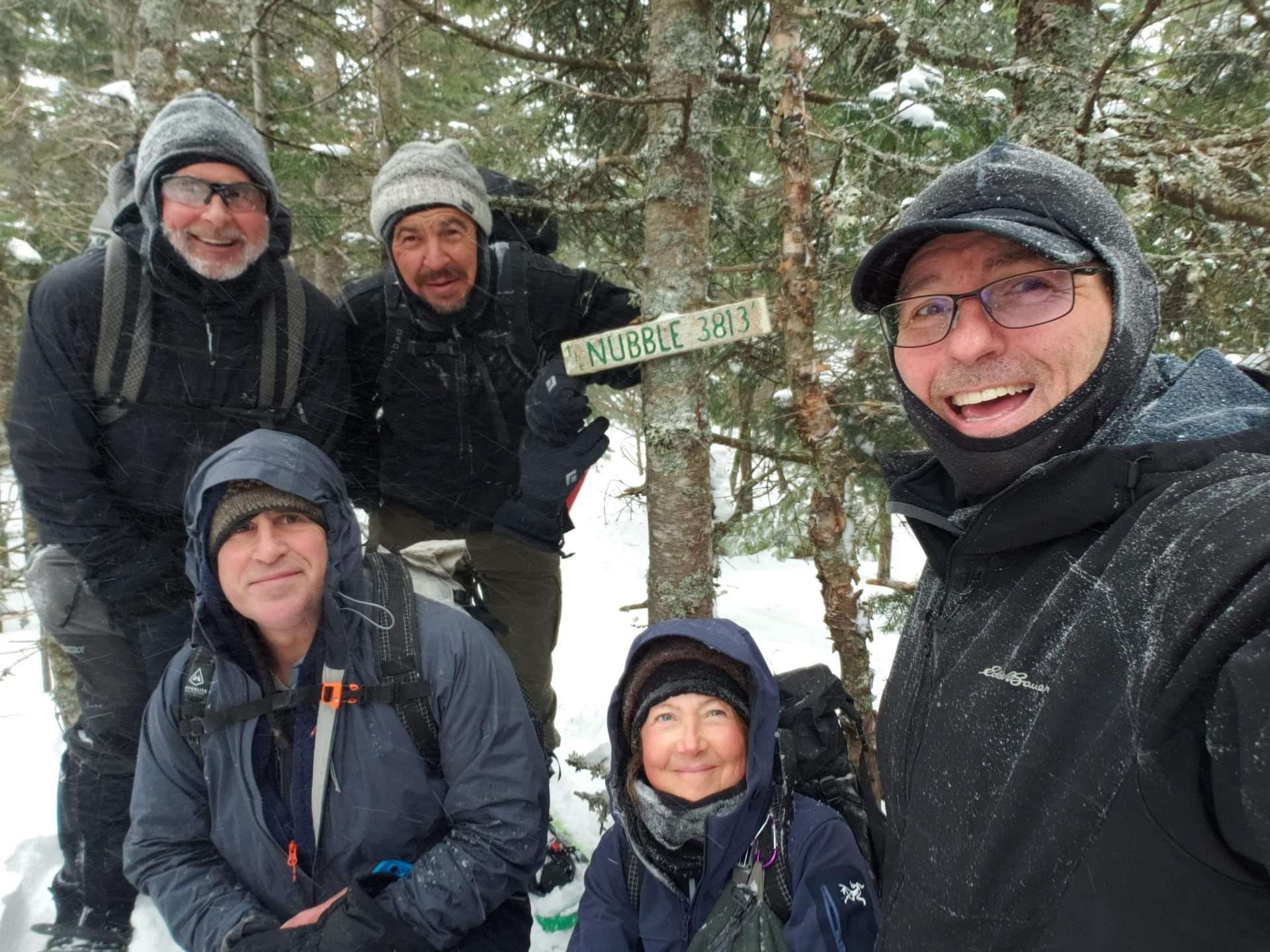 Proof of full Covid vaccination for all guests is required to stay. If you cannot present proof upon arrival, your reservation will be cancelled with no refund.
Open through October 30th. Closed for November 2021. Open Dec 3-18, Dec 27 – Mar 26 2022. Closed in April 2022.
Please view our policies page prior to booking.
If you have trouble with this form, please visit our booking page.