Conditions:
At 9am and 10am, the temperature was right about freezing. Snow was a decent, firm powder. Probably about 6 inches in the unpacked bits.

Higher up around Mt Surprise, some steeper pitches were a bit icy but still mostly snow covered. The snow got a bit softer and more powdery toward the top. The trail was still well tracked and packed down. The unpacked bits were at least 8 inches higher than the snowshoe track, meaning that the unpacked bits were MUCH more than 8 inches deep.

At the Mt Moriah summit, we could not see much more than a few hundred feet, if that. No view of the Carters, Presidentials, or anything really. Also no wind, thankfully. There hadn’t been any wind all day.

On the way down, we did notice some tree wells (“spruce traps”) barely visible off to the side in the higher elevations. We also noticed some divots and postholes, which those of us with snowshoes fixed. (There were 2 holes we could not fix at all because there appeared to be a small stream below them.) When ascending without snowshoes, it’s not so much of a problem in these relatively firm conditions but when descending, a person’s heel tends to dig into the ground.

Near the bottom around sunset it was just about freezing just as it was this morning, which means it probably was warmer during the early afternoon. The snow near the bottom was still sticky, wet, and a bit messy from getting cooked during the midday.

Equipment:
At the beginning of the ascent, I wore just my boots. Near Mt Surprise where there were some steep and icy pitches, I put on microspikes. Before reaching the summit of Mount Moriah, where the snow got softer and more powdery, I changed to snowshoes. I kept those snowshoes on for the rest of the trip, including the entire descent. The only time I removed them was to stand on the bare rock summit of Mt Moriah.

I had Louis Garneau Phenom snowshoes – no problem there. Two of my companions had MSR Denali Evo and MSR Lightning Ascent. Again, no problem. Another companion had some off brand from Amazon that looked like ripoffs of an old school Tubbs Adventure, complete with the metal tube rim. He struggled going downhill because the spikes just did not grip well. These were snowshoes designed for either the flats or gently rolling hills, not for steep downhill pitches. Finally, our other companion didn’t even bring snowshoes so we put him in front on the descent so that the rest of us could fix any divots or portholes left either by him or by earlier hikers.

Parking & Road Access:
The trailhead itself was full with 4 or 5 cars. There’s a fire hydrant that effectively negates 2 potential parking spaces. We parked just a bit north in a parking area under the power lines, across from the snowmobile trail and pedestrian bridge. 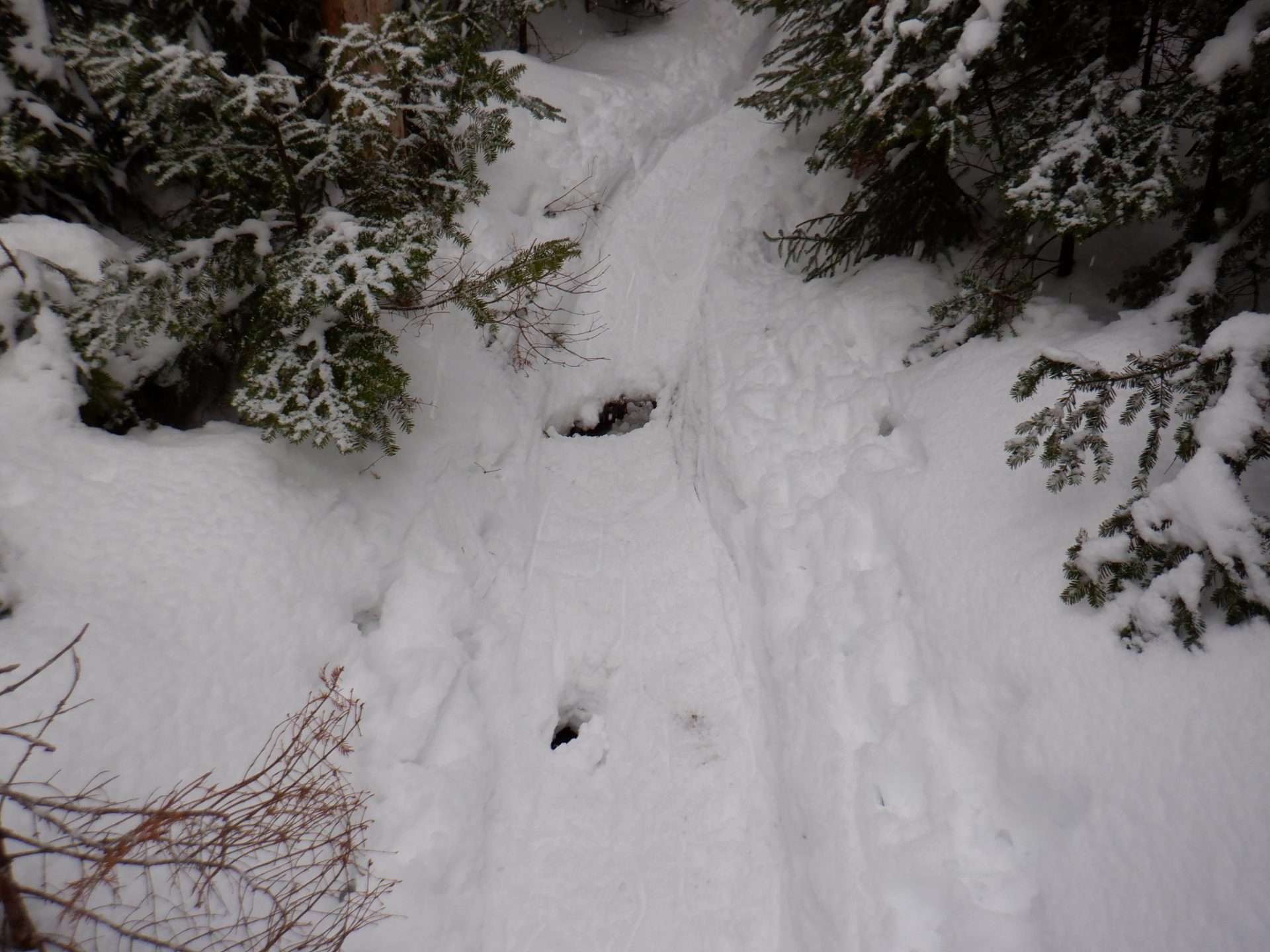 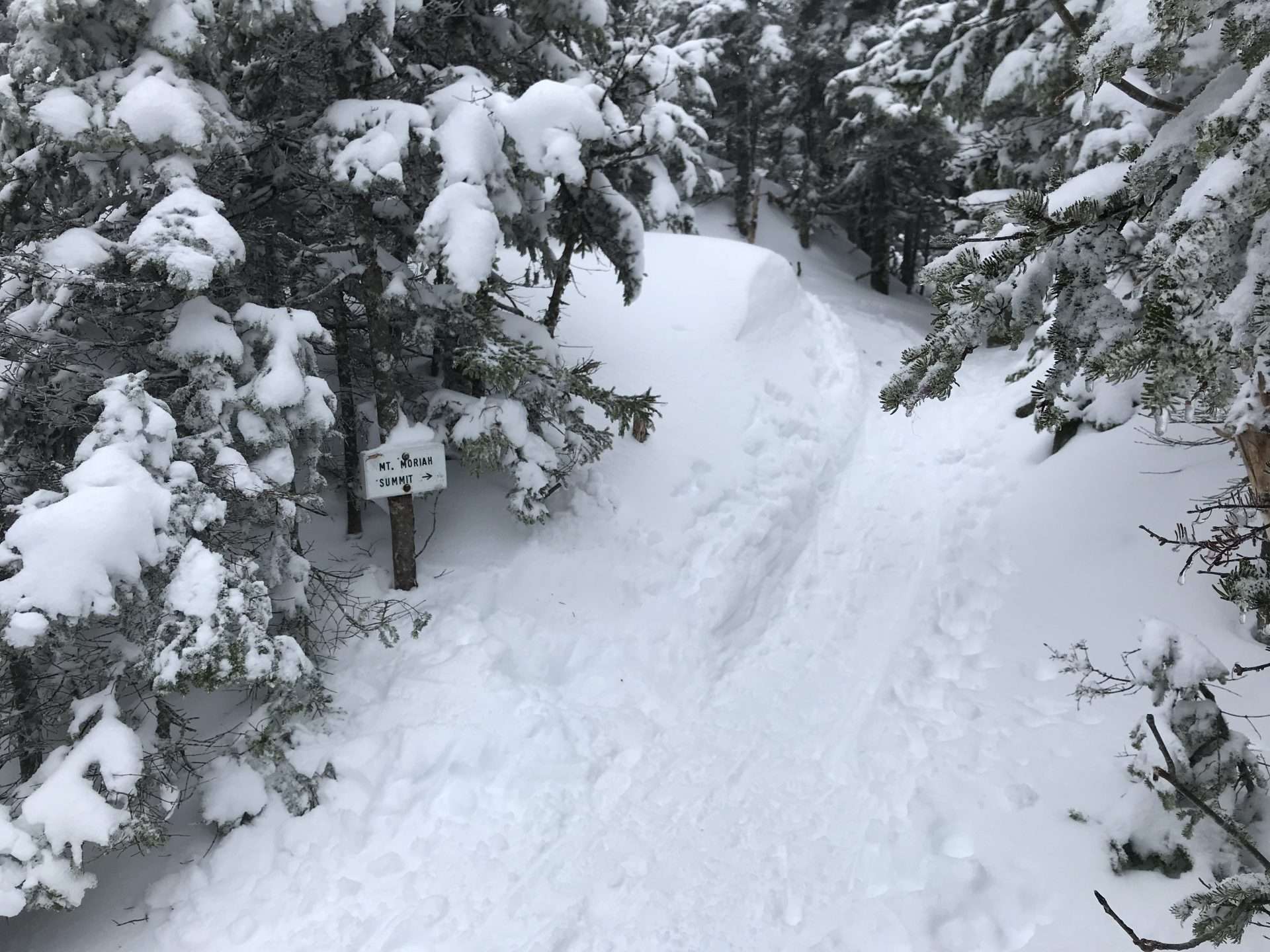