Conditions:
It was not a perfect day for a Pemi, in fact it was about as bad a day you could pick weather-wise. Wet, heavy snow was the rule for the day and it was so warm that I was basically getting rained on from the snow melting off the trees. I got actually rained on from Bond all the way down. Still, it was an incredible day and I got it done.

Starting off on Lincoln Woods the trail was packed and I was able to bare-boot all the way up Osseo to above the ladders, where I switched to snowshoes. The ladders were totally buried and presented no issue.

From there until Liberty the trail was broken out but not well-packed. A dense fog shrouded the summits, precluding any views of my destinations for later that day.

After Liberty I reached my first section of trail breaking, Franconia Ridge Trail over to Little Haystack. The snow was very wet and dense, so I did not actually sink in that much with my snowshoes, but the heavy snow clumped up and stuck to the decking, something I’d have to get used to for the rest of that day. The trail was difficult to follow in sections, and I frequently strayed off trail.

Once above tree-line on Little Haystack I took off my snowshoes and switched to micro spikes. The ridge remained socked-in, but once I started nearing Lincoln, rips began to open in the clouds above me, showing blue sky. Cannon cliff, with the sun shining brightly off its face, was visible through a tear in the dense clouds whipping over the Ridge. Just above tree-line north of Lafayette, the clouds began to clear and I got my first real views into the Pemi Wilderness. The snowshoes went back on to descend onto Garfield Ridge, which I anticipated to be the toughest stretch of the day.

The section between Lafayette and Garfield was not as tough as I had expected in terms of trail-breaking, but I got absolutely soaked pushing my way through the trees. Just as before, I often strayed and had to bushwhack back towards the trail. Worse than the blow-downs were the bend-overs, trees bent across the trail by the heavy piles of snow. Finally, and more quickly than anticipated, I made it to the summit of Garfield. The sun was so warm that I was able to stop and take a break in the old summit tower foundation. I spread out my water-logged gear to dry a little and dug into my food (shoutout to Phil for recommending the pizza, it really kept me going).

Garfield to Galehead was also unbroken, but significantly easier than the other sections of trail breaking. I guess that more people have travelled that section than the others, creating a more solid snowpack underneath the unbroken snow. Also, for some reason the branches were much drier on this section, perhaps it receives more sunlight and all the snow had already melted off. This was the one section where I was grateful for the warm sun. It was easily in the mid-40s but it felt even warmer than that. I took off my wetted-out windbreaker and just wore my wool base layer which was the driest I was all day. Once at Galehead Hut I dropped my pack and layed out my wet gear to dry while I summited Galehead. Sitting in the sun in front of the Hut and eating the rest of my pizza was the high point of the day. I felt really good and at that point I knew I would be able to make it to Bondcliff.

The climb up South Twin was just as expected, short and steep. I expected this section over South Twin and out to North to be well-packed, but I had to leave my snowshoes on due to the soft snow. Out-and-back to North was uneventful, soft snow and only a couple tracks.

Finally over to Guyot, my last section of trail-breaking, which ended up being the most difficult. At first the trail corridor was wide and white AT blazes were clearly visible. Progressively, the trail got more and more tangled. Even when I was on trail it felt like bushwhacking. The snow was sticking to my snowshoes worse than ever and every tree seemed to be bent over the trail. I made it though, and had all the trail-breaking behind me.

I made it to Guyot just about at sunset, and I could see the dark clouds moving in. I trudged on over to Zealand, which I am very glad I did not skip because I found a full bottle of Gatorade someone had dropped on the trail, and a thick wool hat someone had lost. The hat kept my head warm and dry the rest of the day, and I look forward to returning it to its owner with my gratitude. The trail provides, and for some reason it felt like that hat really gave me a boost when I was slowing down.

At this point night was falling and weather was rolling in, and I just had to keep on moving to get myself over the Bonds and out. Once again, a section I expected to be packed was soft and slushy and the snowshoes stayed on until I was down off Bondcliff (had to wear them for the whole Northern rim of the loop, 21 miles total).

West Bond, my favorite peak, was the final out-and-back. This time, I did not get the expansive views and sense of serenity. Instead, it was a very intense experience. Night had fallen completely, the wind was howling, storm clouds were rushing in, and all I could see were the faint outlines of the mountains around me and the snow-covered slides on the slopes of South Twin and Bond. Soon, all views were obscured as the air was filled with mist that reflected the light of my headlamp. Then the drizzle started.

From here I trudged onwards over Bond and Bondcliff, following others’ tracks and focusing on making my way up the last few climbs. Normally Bondcliff feels like no climb at all, but that night in the drizzle, with only a few feet of visibility and almost 27 miles on my legs, it felt endless. Once off the summit of Bondcliff I removed my snowshoes and prepared myself to cruise the last nine miles out through Lincoln Woods. Once off the Bondcliff Trail and on Lincoln Woods proper it went surprisingly quickly. I got soaked to the bone, particularly my arms, hands, and feet, but I kept moving and made it out in good time.

Quite an experience for my first single-day Pemi Loop. I’m glad I did it, but I look forward to repeating it in more favorable conditions.

Equipment:
Snowshoes most of the day. Microspikes from Little Haystack to Lafayette.

Trail Maintenance:
Blowdowns galore on all the trail-breaking sections (Liberty-Little Haystack, Garfield Ridge, South Twin-Guyot). A couple blowdowns across the trail towards the end of Lincoln Woods.

Parking & Road Access:
Quite a bit of ice and slush in the parking lot, nothing that’ll get you stuck though. 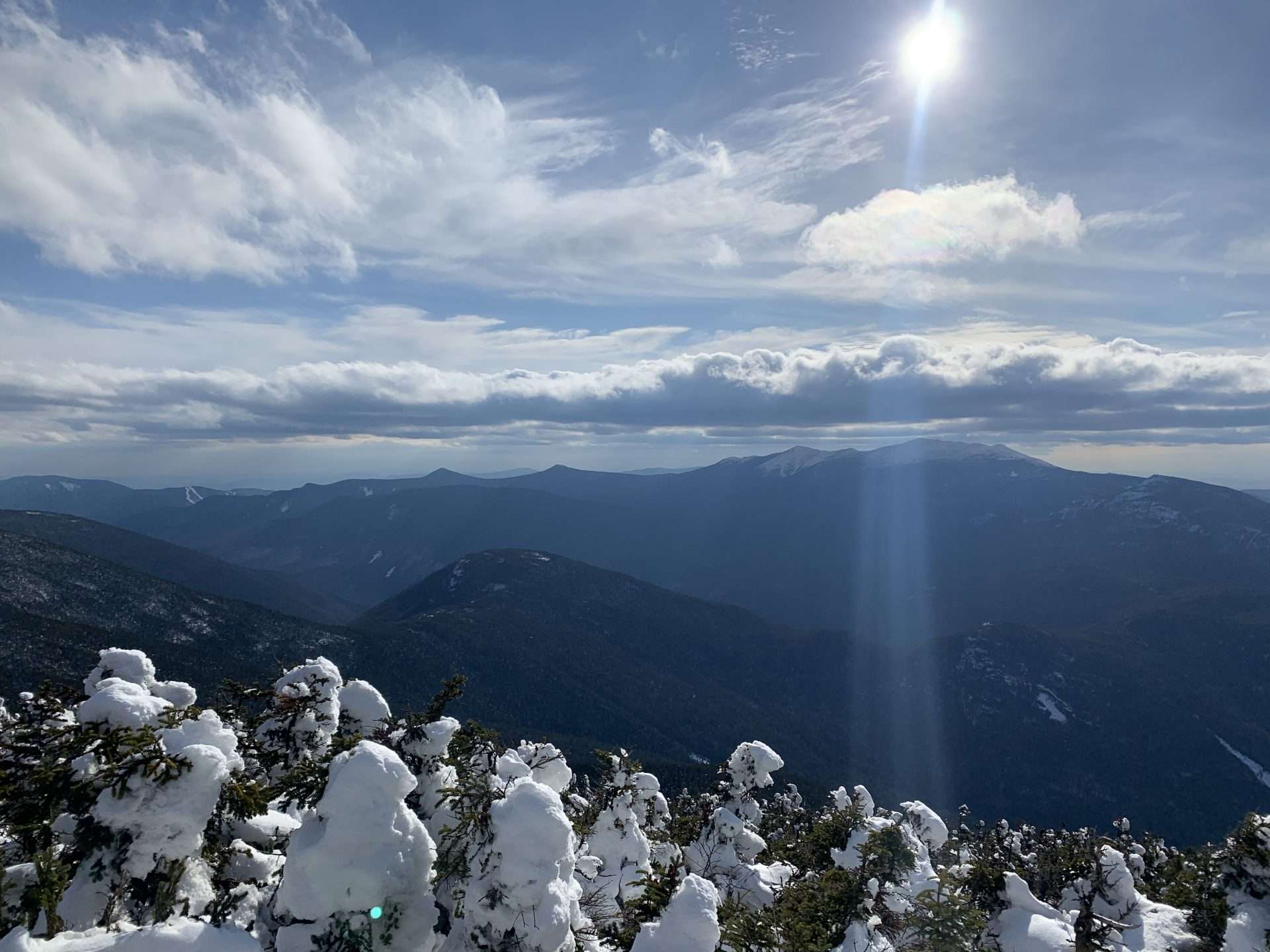 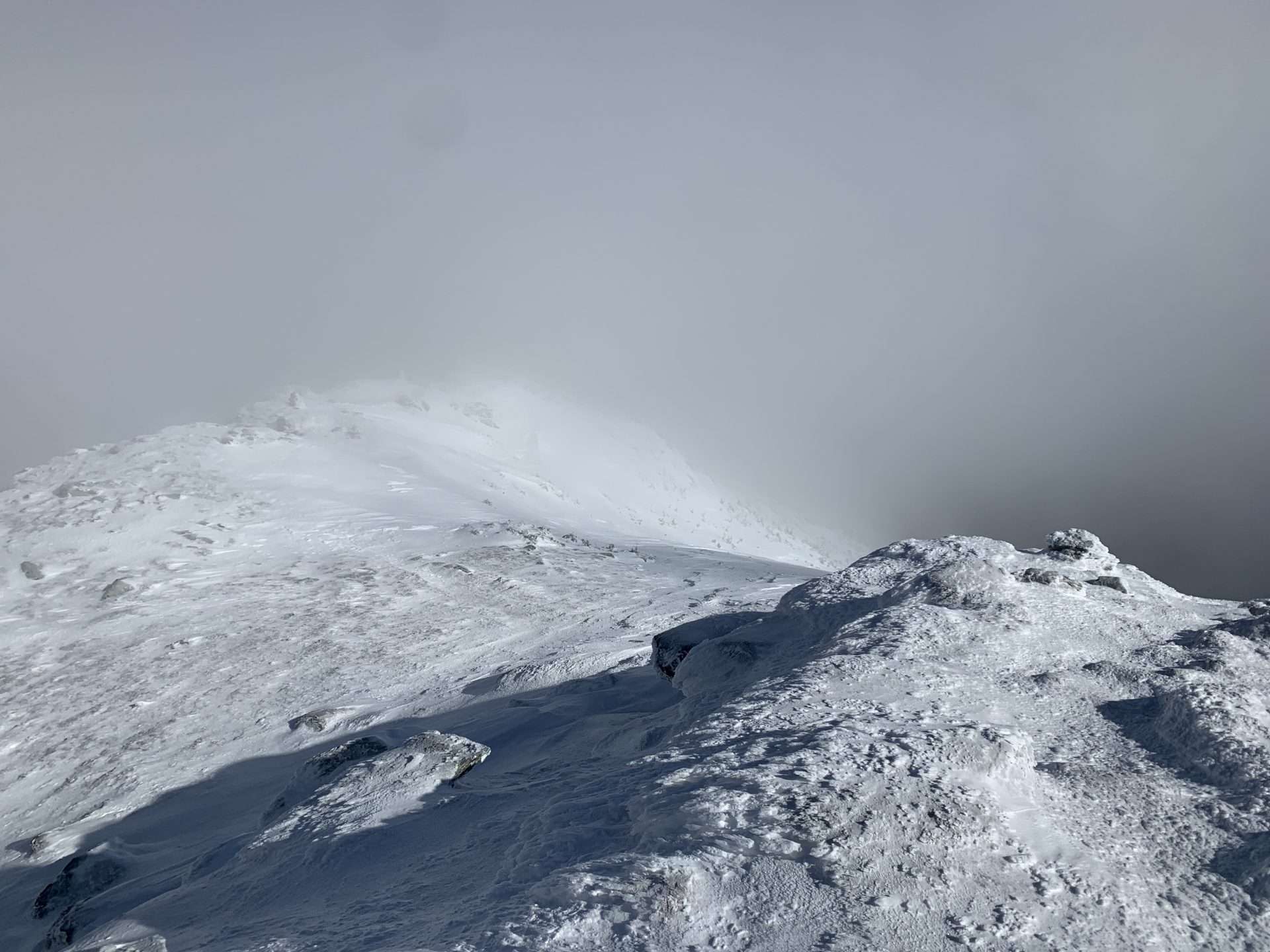 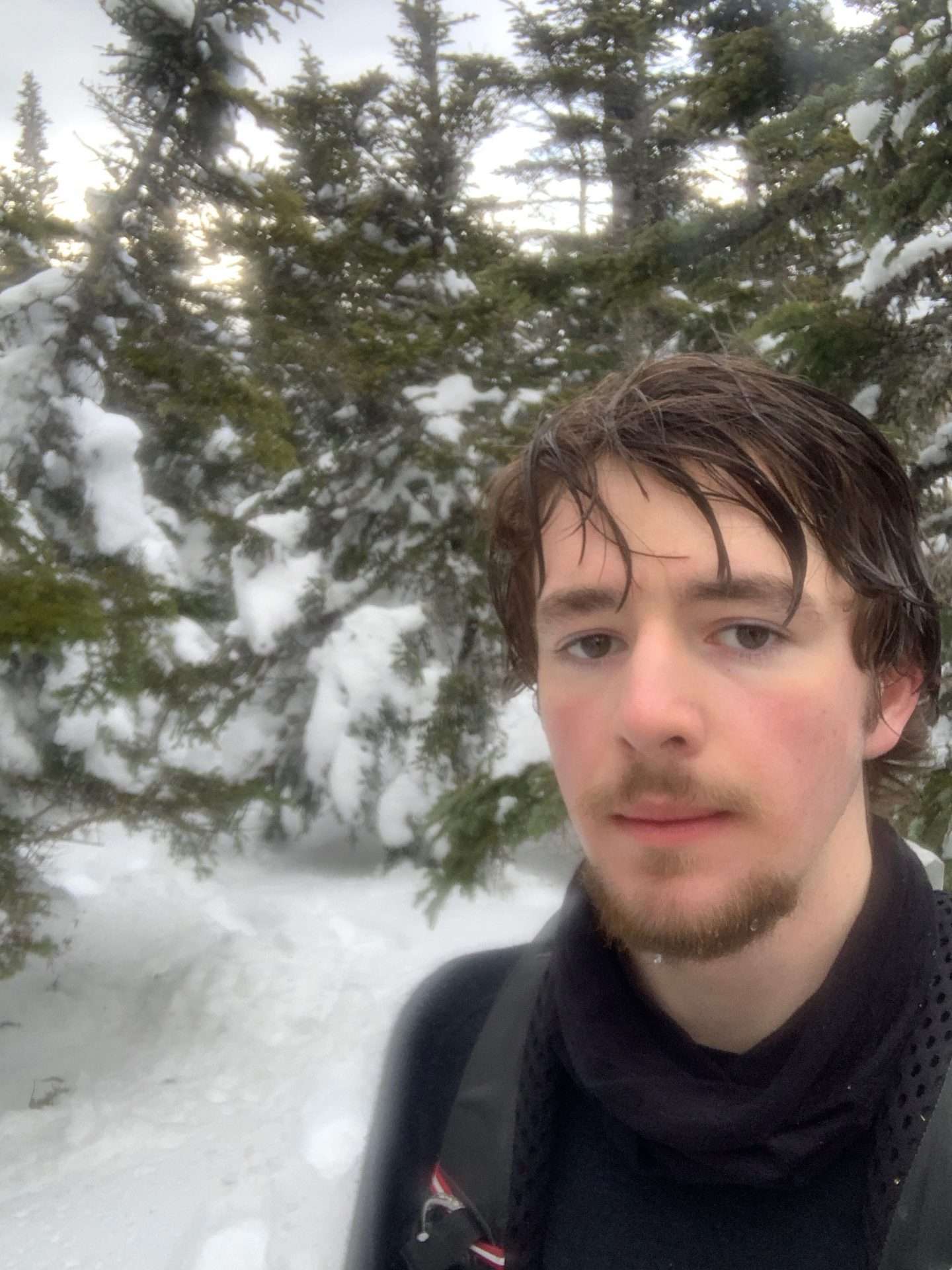 Open winter and summer. Closed Mar 27-May 5th for mud season.
Please view our policies page prior to booking.
If you have trouble with this form, please visit our booking page.